Skip to content
This isn’t a recipe as such, but if you like me have lived away from your home country for a long time, sometimes you get the urge for something special from back home. Well, I found something really great here, thanks to a fellow Swede who used to live here. You can actually buy little packets of Active Lactic Culture here, there are a few different kinds and make sure you don’t pay too much, as the going rate for a pack of 10 sachets is about NT$250. I’ve seen shops sell the same stuff for twice the price and some other brands for near enough four times the price. It’s kept in the refrigerator in health food stores here, so make sure you look in the right place. Also make sure you store it in your fridge. The Active Lactic Culture makes something that is very similar to Swedish Filmjölk, although it’s not quite as tangy. The only similar thing I know of in English is buttermilk, but it’s not the same, as buttermilk is very sour.

The package I bought looked like this and it’s made by this company Unfortunately they seem to have gone bust and I haven’t been able to find an alternative. 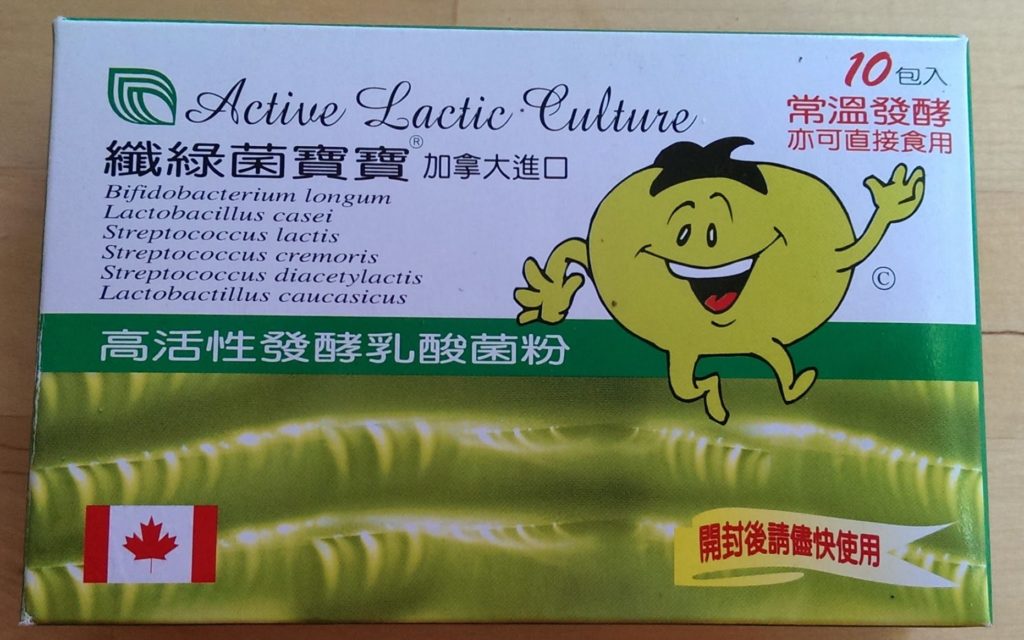 So, it’s the week after Chinese New Year and things are getting back to normal, more or less. We had a great 10 days in Boracay and if you haven’t been, I’d suggest you go if you get the chance. I highly suggest you try to make it there one day if you haven’t been. Although somewhat developed, its free from international chain restaurants, although a few of the bigger international hotel chains have made their way there.

We stayed on the “wrong” side of the island, but as the island is only about 1km wide at its narrowest point, it wasn’t much of a walk. We stayed in the Reef Retreat hotel and if you’re into wind or kite surfing, then this is the place to stay in, as Bulabog beach is meant to be the place for these sports. We did see quite a few surfers and some of them were quite impressive.

The main beach on Boracay is called White beach and the sand was indeed quite white. The water was really nice and clean and the beach was one of the best I’ve ever been to. The water wasn’t quite as shallow as I expected after reading up on Boracay, although I’m used to the shallow beaches on the west and south coast of Sweden which I guess doesn’t compare.

We had some great meals and if you’re going, make sure you visit the local Greek restaurant, Cyma and don’t miss the wet market, the seafood there is really cheap and tastes great, just make sure you pick one of the bigger restaurants to cook the seafood for you, as we had a bad experience with one of the smaller restaurants at a second visit. Don’t bother with the Ole tapas place, it wasn’t very good both in terms of the food or value.

Since we got back, I managed to find myself some active lactic culture and I’ve made my own Filmjölk and it came out really good. I’m now on my fifth batch from the first culture and it’s still coming out good. I’ve really missed this stuff as it’s been over two years since I’ve had it. It’s just a shame that most of the cereal here is overpriced or crappy tasting, but I can make do. If you live in Taiwan and want to know how to make Filmjölk, feel free to get in touch with me.My next project is to try to make cottage cheese, but this might not be as easy…